For this weekend we planned a short break in Luxemburg. The original plan of going to Tinstesmühle faltered as we couldn’t make a reservation at the camping, so I sought a camping closer to the SOTA/WWFF-site I wanted to activate and found one in Wiltz, called Camping Kaul.

The camping is about 1.4km straight line to the SOTA site LX/LX-001 Steekammchen and both camping and SOTA-summit are in the Obersauer NP, WWFF designation LXFF-0002, perfect for a double activation. Reports from other activators showed it is almost a drive-on site. But I like a bit of a challenge and was looking for a nice hiking route to get there. On Wikiloc there are a couple of hikes of about 14km which go past Steekammchen, so I only needed to make a short detour. I picked the “AP Wiltz” route and downloaded it to OsmAnd on my phone. 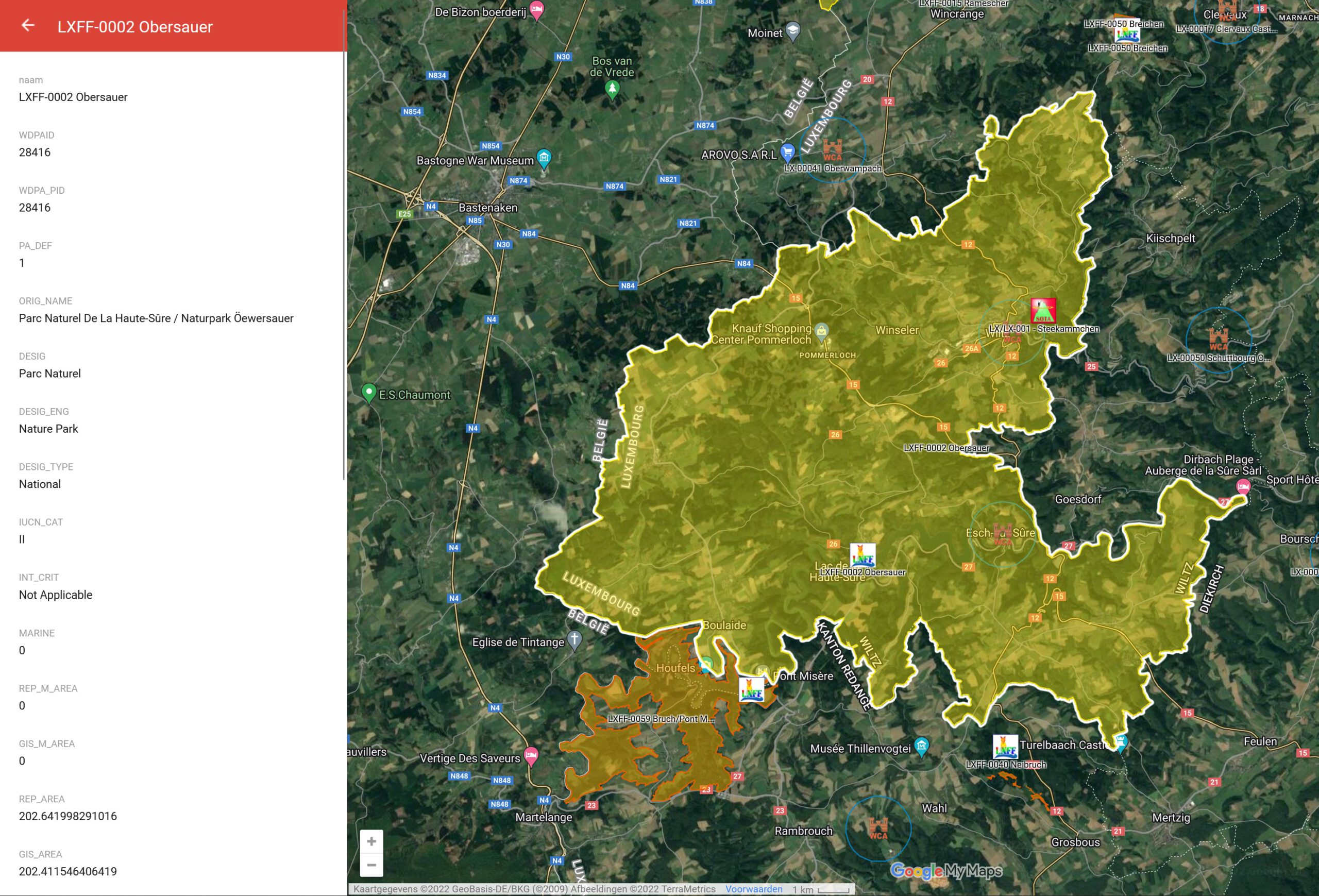 The weather-forecast for the day was “sunny and 34 degrees Celsius”. So I had to make a decision: more water or the LiFePO4-battery? Or both? Both meant extra weight to carry so I opted for more water.

We decided to walk the track anti-clockwise. The start is at the camping and the first part of it leads through the upper-parts of Wiltz, the area with the quaint little shops and restaurants. At around 2.5km the track went into the forestry area. Given the strong sunshine (with UV-level 7 warning), this was very welcoming. The track is quite wide, and fairly smooth terrain. At 10.7km is the steepest section of the track, but since it was shady because of the tree-cover, this was no issue. At 12km it’s time to leave the AP-Wiltz-track and take a right turn for another 500m to Steekammchen.

I chose the open area where the foresters work which is 30m away from the GPS-mark for the summit. It’s a good place to set-up the antenna. I strung up my 20m wire for the 10/15/20/40m EFHW from a tree to a pile of cut wood, connected it to the Elecraft KX2 with the BamaTech TPIII key and then it was showtime!

A test on RBN didn’t show any chances for DX, but still good propagation into EU on 40 & 30m. There was quite some fast QSB though on both sides. Receiving stations went from 59+9 to barely audible within the couple of seconds of the typical SOTA/WWFF QSO. With only 10W output from my side, this was even more difficult for the chasers as some called me multiple times but when I called them back they obviously didn’t hear me any more.

I worked 20 stations on 40m, 5 on 30m and 3 on 20m… then my battery decided to call it a day in the start of a QSO. Since I decided to leave my LiFePO4 behind in favour of water, this meant the end of the activation.

We packed up our gear and I let OsmAnd calculate the shortest way back to the camping which was another tree-covered 500m and then into the baking sun. But since it was rather late in the afternoon, this was quite bearable. Back at the camping I sipped the last bits of water and was glad I made the decision to leave the extra battery behind. Then it was time for a nice pizza frutti-di-mare.

In the evening I wanted to put up the antenna for some more WWFF activity from the camping as the site is within the Obersauer NP, but the once empty grass field next to our tent wasn’t empty any more, so I decided not to scare the new guests with my EFHW dangling next to their tent, and didn’t activate any further. But that makes it a good excuse to return again to the area, right?

Thanks chasers for the QSO’s, DL20SOTA for the S2S and DL7UWR for the P2P.